The Bern convention is a binding legal instrument applied to the protection of wild plants and animals.
Today 47 countries in Europe and four in Africa have ratified the international treaty, adopted in 1979.

With the agreement, the respective countries commit to regulating among other things which and to what extend certain species can be taken from nature for example by legal hunt, and how certain habitat types can be used by the public.
The Bern convention aims at ensuring that species, within the participating countries, are managed in a sustainable way to hinder further loss of biodiversity. 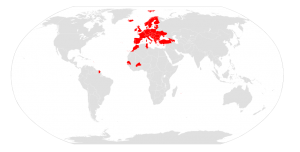 Related resources:
« Previous term: Benthic fish and animals
Next term: Bioaccumulation »
Polarpedia has information categorized by main topics. Click on an icon below to view the available terms.