Some of the rocks forming the Earth’s crust subject to dissolved by water.
These include:

The rocks that contain calcium carbonate (limestone, marl, dolomite) are also dissolved, but in the process also involving carbon dioxide.

Generally, the phenomena of dissolving rocks by water is called karst phenomena.

A specific example of karst phenomena occurs in ice (glacial karst, cryokarst). The mechanisms of dissolution of different types of rocks and ice are different from one another, but the common feature of all karst phenomena are form created both on surface and underground.

The dissolved calcium carbonate may again precipitate to create such forms as: 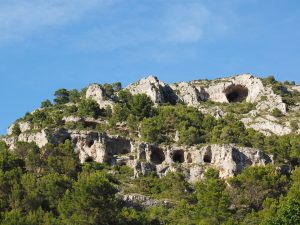 « Previous term: Kardashev scale
Next term: Karst spring »
Polarpedia has information categorized by main topics. Click on an icon below to view the available terms.