Space weather is collection of physical processes, beginning at the Sun and ultimately affecting human activities on Earth and in space. Sun’s surface spewing gas and particles into space. This stream of particles is known as the solar wind. Most significant phenomena are sudden bursts of plasma and magnetic field structures from the sun’s atmosphere called coronal mass ejections (CME) together with sudden bursts of radiation, or solar flares.

Those variable conditions on the sun and in space can influence the performance of technology we use on Earth. Besides triggering beautiful auroras, these solar storms can damage satellites, disrupt power grids and electrical systems, interfere with cell phones and other communications, and disturb animal movements. They can even threaten astronauts and high-flying airplanes with their radiation.

The most significant recorded example of harmful space weather was so called “Carrington event” – an solar storm in 1859, caused the Sun’s corona to expel a massive release of magnetic energy, known as a coronal mass ejection, or CME. It lit up the night sky leading some in mountainous regions of North America to wake up and start their day, believing it was morning – in the middle of the night.

As a barrage of charged particles collided with Earth’s magnetic field, telegraph systems covering Europe and North America went down, giving electric shocks to their human operators and even starting fires. Machines that had been disconnected from their power supplies.

It was, in other words, technological chaos. 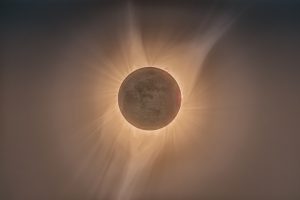 Related resources:
« Previous term: Space analogue
Next term: Spawning »
Polarpedia has information categorized by main topics. Click on an icon below to view the available terms.