The most numerous of the Siberian nations of Turkish origin. Yakuts live in the Republic of Sakha with the capital in Yakutsk, which from 2000 belongs to the Russian Far Eastern Federal District (in geographic approach eastern part of Siberia).

The official languages are Yakut (Sakha) and Russian, although Yakutia is one of several territorial subjects of Russian Federation in which the Russians are a national minority.

According to the 2018 census, the number of Yakuts living in the Republic of Sakha reached 964 330 people. 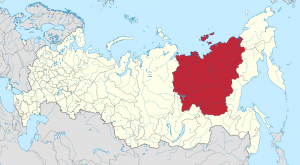 The Republic of Sakha on Russian Federation territory, source: https://commons.wikimedia.org/w/index.php?curid=63481943 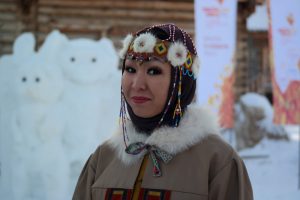 Related resources:
« Previous term: Worms
Next term: Yedoma »
Polarpedia has information categorized by main topics. Click on an icon below to view the available terms.