Carbon capture and storage (CCS) is an emission reduction process designed to prevent large amounts of carbon dioxide  from being released into the atmosphere. Carbon dioxide from power-plant combustion and other industrial sources that would otherwise be released into the atmosphere is captured, compressed and injected into underground geologic formations for safe, secure and permanent storage.

The greatest environmental risk associated with CCS relates to the long term storage of the captured CO2. Leakage of CO2, either gradual or in a catastrophic leakage (e.g. due to an earthquake) , could negate the initial environmental benefits of capturing and storing CO2 emissions and may also have harmful effects on human health. 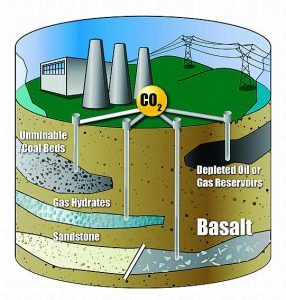 « Previous term: Capelin
Next term: Carrington event »
Polarpedia has information categorized by main topics. Click on an icon below to view the available terms.