The Finno-Ugric language of Sámi people, in northern Finland, Sweden and Norway and on the Kola peninsula in Russia, with nine distinct dialects spoken by around 25,000 people altogether. Six of them have standard written forms. The Sami languages contain many Scandinavian and some Russian loanwords. Lapp languages are officially recognised as minority language in some regions of Norway, Sweden and Finland.

One of Lapp dialects – Ter Sámi – is almost extinct. It was spoken only by 2 people in 2010. The British explorer Stephen Burrough compiled a short vocabulary of Ter Sámi in 1557. This was the first known documention of a Sámi language. 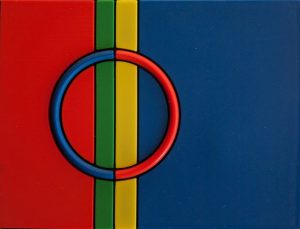 Related resources:
« Previous term: Langhus
Next term: Lavvu »
Polarpedia has information categorized by main topics. Click on an icon below to view the available terms.