Sandur or outwash plain is formed of glacial sediments deposited by meltwater outwash at the end or snout of a glacier. Sandurs consist of sand and gravel that the glacier has grinded from the underlying rock surface as it flows. The sand is carried over the outwash plain during floods or trapped inside drifting ice where when melts deposits.

The word sandur is derived from the Icelandic language where the largest outwash plain in the world can be found Skeiðarársandur (1,300 km2).

Sandurs can be divided into outer and inner: 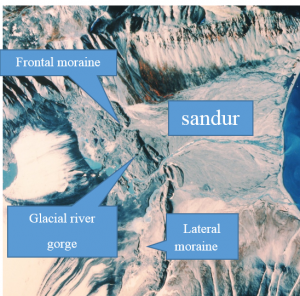 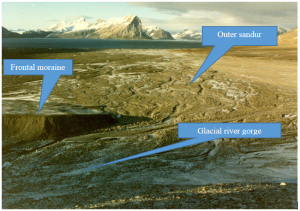 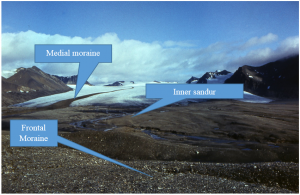 Photo 3. Inner sandur at the snout of the Werenskiold glacier, Spitsbergen. Photo JG.

Related resources:
« Previous term: Salmon
Next term: Satellite »
Polarpedia has information categorized by main topics. Click on an icon below to view the available terms.