In glaciology, the term “surge” refers to a sudden acceleration of a glacier’s flow. Surges occur most frequently within temperate glaciers and polythermal glaciers. There are no records of surge within cold glaciers.

A surge in glacier flow is accompanied by an advance (shifting the position of the glacier terminus by a few/several kilometers).

Sometimes glacier surges are accompanied by a significant decay or disintegration of the glacier’s ice, and crevasses in the glacier can form.

At the front end of a glacier, it is sometimes possible to see large deformations within the moraines of the glacier. Surging glaciers are therefore easily recognizable in the field or on aerial/satellite photos.

Climate change does not appear to have any influence on glacial surges. The origin of glacial surges has yet to be explained in detail. It is believed that the basic conditions that allow glacial surges to happen is the ability of the base of the glacier to retain water to the point where a high pressure at the bottom of the glacier builds up and the glacier slides forward more rapidly at its base. 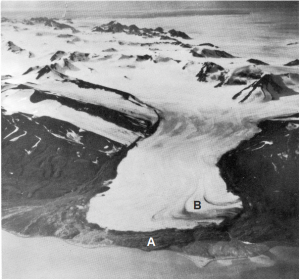 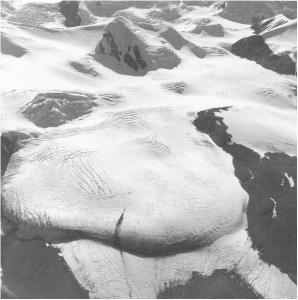 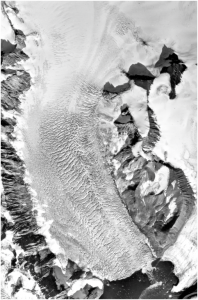 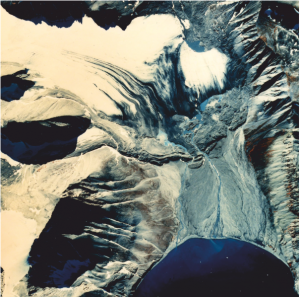 Changes of longitudinal and transvesal profiles of a glacier 1973r, Pamir (J.J.1993). 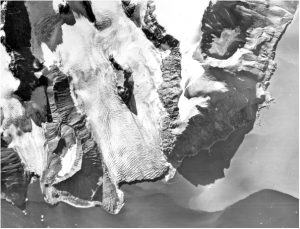