« Previous term: The Ferrel cell
Next term: The Polar Code »
Other languages:

The study of the origin of life on Earth or, more specifically, how life on Earth began from inanimate matter, is known as abiogenesis.

There are many theories which attempt to answer the question – how did the life begin. From the time of Aristotle till the 17th century, life was believed to have originated spontaneously, and was thought to be continuously generated due to the occurrence of chance events.

Some widely known contemporary theories include:

In 1924, Alexander Ivanovich Oparin, proposed that abiogenesis occurred in a warm water body like a pond or an ocean on primordial Earth. The mix of gases in the atmosphere and the energy from lightning strikes, amino acids could spontaneously form in the oceans. The early Earth had a chemically reducing atmosphere, complex organic polymers, and ultimately life, developed in the soup.

Back in 1977, scientists exploring the Pacific Ocean within a submersible called Alvin made a fascinating discovery at the ocean floor; vents that looked like underwater chimneys, spewing out hot water and minerals into the cold surrounding ocean water. They’re caused by tectonic plate movement and are often found along mid-ocean ridges. It was discovered that despite extreme conditions and lack of light they thrive with life, thanks to chemosynthetic processes. Chemosynthesis is the biological conversion of carbon molecules and nutrients into organic matter — the stuff of life. Whereas photosynthesis uses energy from sunlight to convert carbon dioxide into that organic matter, giving off oxygen as a byproduct, chemosynthesis uses inorganic molecules (such as hydrogen sulfide) or methane and combines them with an oxygen source (in this case seawater) to create simple sugars. Scientists proposed that hydrothermal vents provided an ideal environment with all the ingredients needed for microbial life to emerge on early Earth.

This hypothesis claims that life originated elsewhere in the universe and was spread to Earth. The researchers identified key chemical components of DNA and RNA—components called nucleobases—in a meteorite that landed in Australia in 1969.
Panspermia is a similar theory, but it claims that “seeds” of life exist already all over the Universe, that life on Earth may have originated through these “seeds”, and that they may deliver or have delivered life to other habitable bodies.
Mars is considered a possib le prime source as it is similar to Earth with systems of air, water, ice, and geology. Evidence of water, necessary for life, has been found on Mars. 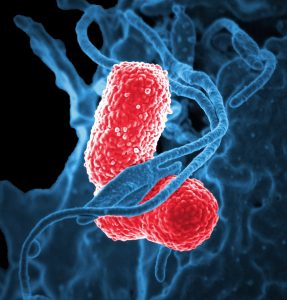 Related resources:
« Previous term: The Ferrel cell
Next term: The Polar Code »
Polarpedia has information categorized by main topics. Click on an icon below to view the available terms.