Bruce Gordon was a sailor who left Aberdeen, Scotland in 1757 on board of Anne Forbes (whaler) . The ship, led by a drunken captain, was smashed between two icebergs somewhere between Greenland and North Cape.

Gordon was the only one who survived, with nothing but a pocket Bible. Luckily, the day after the disaster, the ship resurfaced some distance away and became imbedded, upside down, in the ice. Gordon managed to retrieve some food, liquor and tools from the wreckage. He was attacked by a large female polar bear, but managed to defend himself with a knife. But the mother was followed by its female cub. Gordon took pity on her and decided to keep her. He fed nancy (the name he gave her) with whale blubber, taught her to fish for him and defend him from other bears.

He survived six years living in a upside-down wreck, with Nancy as his sole companion. Eventually Gordon’s ice floe drifted to the northern coast of Greenland, and he met a tribe of natives. The twosome lived with the villagers for several months. In time, though, Nancy became dissatisfied with tribal life This is when she left him to the wild. Gordon decided to take a chance; Gordon took a canoe in search of a ship. He paddled until he nearly collapsed. He finally caught up with the ship—the Briel of Amsterdam—and was taken aboard.

He was away for 7 years and 1 month. After his return, he eventually rose to high standing in his community, a figure respected by all. 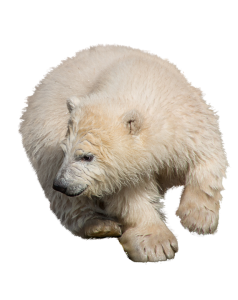 « Previous term: Brown bear
Next term: Buryats »
Polarpedia has information categorized by main topics. Click on an icon below to view the available terms.