Predator bird inhabiting the Arctic. No significant differences in characteristics between the two sexes are observed. It nests in single pairs or in small colonies on rocks, often in the vicinity of other birds (e.g. little auks, which it hunts for).

Glaucous gull migrates in September and October and returns to its breeding areas in March and April. In the spring, polar foxes are a big threat to eggs and chicks of the bird. 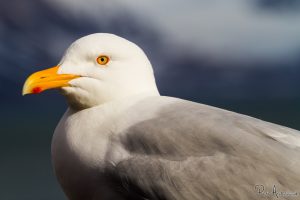 « Previous term: Glaciospeleologist
Next term: Global Seed Vault »
Polarpedia has information categorized by main topics. Click on an icon below to view the available terms.