Human-wildlife conflicts often occur when humans and wildlife are present on the same land. Examples are livestock predation, property damages or, in drastic cases, human causalities. One major goal of wildlife management is to avoid such conflicts, or at least to reduce the consequences.

Actions for conflict mitigation can be the removal of so-called problem individuals. Such removal can involve scaring the animals away, or capturing and moving them to new places. Other mitigation actions can be: educating the public; reducing access to food waste that may attract wildlife to humans; fencing or guarding dogs to keeping wildlife away from domestic animals. An important basis for any action is the knowledge of where and how wildlife uses areas in relation to humans. 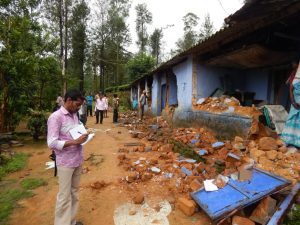 Related resources:
« Previous term: Weather
Next term: Wildlife forensic »
Polarpedia has information categorized by main topics. Click on an icon below to view the available terms.