Ada Lovelace (Augusta Ada King, countess of Lovelace) is considered by many to have been the first computer programmer, often called “prophet of computer age” is a powerful symbol for modern women in technology. She was born in London on December 10, 1815, daughter of famous romantic British poet – Lord Byron.

She died of cancer at age 36, on November 27, 1852. She was a gifted mathematician, and her idea of a machine that could manipulate symbols in accordance with rules and that number could represent entities other than quantity mark the fundamental transition from calculation to computation. She wrote instructions for the first computer program in the mid-1800s – it was world’s first machine algorithm for an early computing machine that existed only on paper.More accurately, in 1842 Lovelace translated a short article describing the Analytical Engine by the italian mathematician Luigi Menabrea, for publication in England. She expanded it, and the final article is over three times the length of the original and contains several early ‘computer programs,’ as well as strikingly prescient observations on the potential uses of the machine, including the manipulation of symbols and creation of music. 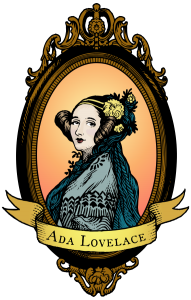 « Previous term: Active layer
Next term: Alaska pollock »
Polarpedia has information categorized by main topics. Click on an icon below to view the available terms.