Living fossils are organism that have retained more or less the same form over a long period of time, even millions of years.

These species have settled on environmental niches in which their constrution and behaviour haven’t required major changes – it doesn’t deny rules of evolution, it only confirms that new morphological adaptations are not selected in a stable environment. They usually have no or very few, close surviving relatives and still retain a close resemblance to their older extinct relatives

They have often survived several mass extinctions, and many scientists consider them to be a rare glimpse at how life on Earth was long ago. Cyanobacteriae, crocodiles or gingko biloba are amongst well known living fossils. 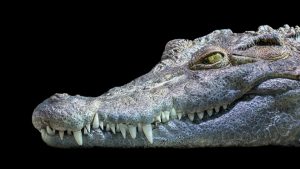 « Previous term: Little Ice Age
Next term: Longyearbyen »
Polarpedia has information categorized by main topics. Click on an icon below to view the available terms.